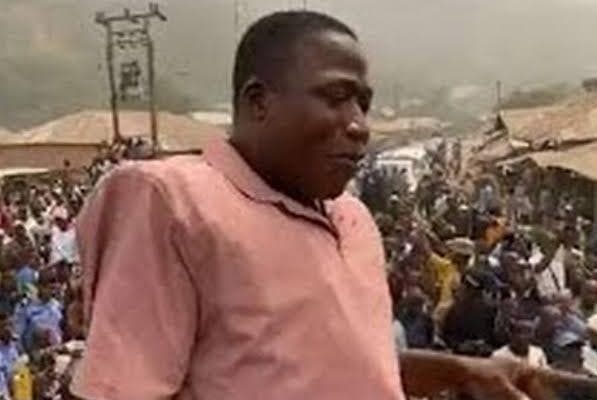 The Palace of the Ooni of Ife has denied issuing an official statement on the viral video in which Sunday Igboho was seen lambasting the Arole Oodua Olofin Adimula, Ooni Adeyeye Enitan Ogunwusi Ojaja II over what he alleged as acts of betrayer against his struggle to liberate Yoruba race from the terrorist herdsmen.

Answering questions from newsmen at his office in at his office in Ile-Ife on Thursday, the Ooni’s Director of Media & Public Affairs, Comrade Moses Olafare said it is not in the style of the Ooni to make official response on any matter that threatens the unity and peace of the country, especially as it affects the descendants of Oduduwa worldwide.

Olafare said Ooni Ogunwusi was unperturbed by the abuses of words rained on him by the Yoruba activist, Sunday Adeyemo popularly known as ‘Igboho Oosa’ who had two days ago spoken derogatorily about the Yoruba’s greatest monarch. He told the newsmen that he has been forgiven.

“Sunday Igboho still remains a son to the Ooni. Baba has already forgiven him because he had tendered an apology via a video clip he produced via social media yesterday evening.

The royal father according to Olafare could not bicker with any of his sons even in the face of quantum of provocations.

Comrade Olafare revealed that though, tendering of the unreserved apology to the Ooni by Igboho was the handiwork of Olugbon of Ile-Igbon and Vice Chairman, Oyo State Council of Obas and Chiefs, Oba Olusola Alao who had called the activist to advise and warn him of the consequences that might follow his misconducts towards the Spiritual Head of Oduduwa Race whose sons and daughters are the Yorubas he claimed to be fighting for.

“Before tendering the apology, it was the Baba Olugbon of Ile-igbon that first called and informed Arole Oodua on phone that he had scolded Sunday on phone on his misdeeds and that, and that he would soon tender a public apology to him on the matter via a video release. Sunday Igboho thereafter released the video in which he tendered his apology”

“Even though the way and manner Sunday had behaved was sacrilegious to the Oduduwa throne but he has already apologized and I can confirm that Arole Oodua has forgiven him, because, there is no perfection in humanity. Sunday is a human being like any other normal human being who could misbehave as well. No one is perfect!.

“As the father of all, the Arole Oduduwa Olofin Adimula, Ooni Adeyeye Enitan Ogunwusi, Ojaja II remains his father who had even identified with him in the past two weeks he had begun with the struggle and he is still solidly behind him for the liberation of the Yorubas from criminal herdsmen who have adamantly terrorized our land. Just that he must watch his back so that people with ulterior motives wil not high jack his movement”.

When asked if the Ooni has ever made an official statement on the issue, Olafare swiftly replied that it not in the habit of the palace to make official statements on any matter that threatens the unity and peace of the country, especially as it affects the descendants of Oduduwa.

“No no no, palace has never officially responded and will never respond over the video. As a matter fact, it is not even our style to do so, and we have a ‘Talkless & Listen more” history on issues like this because we focus more on what unites us together than what divides us as a people of one source”.

“Like I said, he has apologized through Kabiyesi Olugbon who called Baba on his behalf and Arole Oodua has forgiven him. Let’s just let the matter rest”. Olafare said.

The traditional ruler however appealed to all and sundry to let the sleeping dog lies on the matter because Sunday had been forgiven and life must go on. 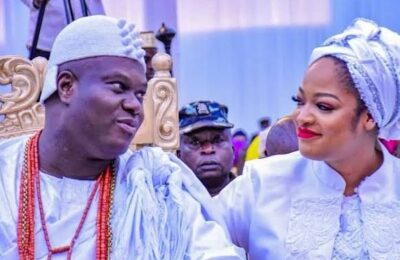 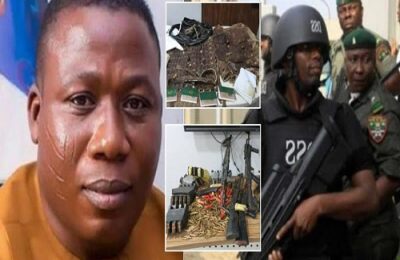 Sunday Igboho Alleges FG Of Planning To Eliminate Him

The Ooni And His Beautiful Queen