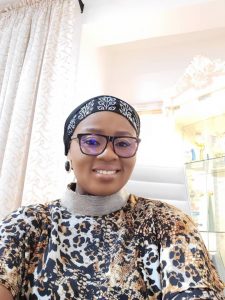 For FunmiAyinke Waheed Adekojo every opportunity is a chance to help the needy hence her new show on Instagram which has been tailored to inspire and also motivate her teeming followers while also helping those who have talents to discover them.

The show has both Motivational talk and Talent Hunt segments with top celebrities and achievers, usually orators invited to speak on topical issues meant to strengthen the listeners belief in themselves after which youths who have sent in their entries are screened by a panel of judges that have been selected for the purpose.

The panel is selected in such a way that no member appears twice.

During the first episode 100,000 Naira was given to the first set of winners. By the fifth episode which took place penultimate weekend, 15 people won 160,000 each. 170,000 Naira was won by each of the successful talents last weekend.

Most of the participants send in their own pre-recorded contributions on the pre-selected topics into her Instagram page. Every Saturday at 10:00pm during a live program anchored by her, winners are picked by the judges during a program anchored by her. Before the selection process, the live audience listens to the motivational speakers for the day. And the audience have the opportunity of contributing as well as asking questions.

According to FunmiAyinke Waheed Adekojo, the essence of the money is to give those who need start up capital, encourage those who are already in business but need some cash to move to a new level.

Students and others who are in desperate financial situation are also believed to have benefited with the testimonies we heard from those who have benefited from the program.

The philanthropist who has carved a niche for herself for helping widows and youths and who recently veered into music and has released hit songs is said to have enjoyed some support from sponsors for the program.

According to her she feels fulfilled putting smiles on the faces of people especially in these hard times when there is nowhere to run to for most Nigerians.