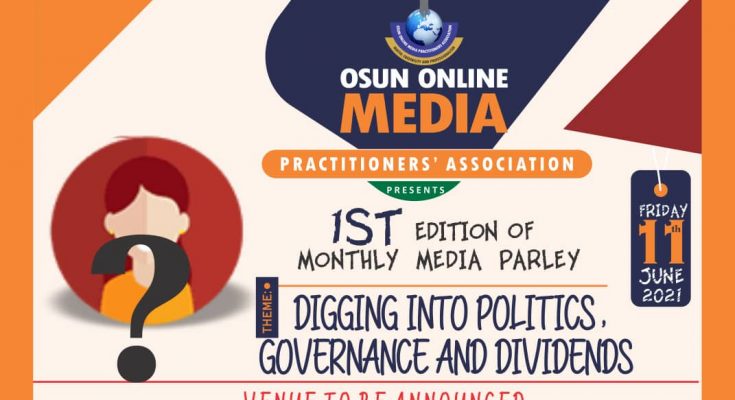 The Osun Online Media Practitioners’ Association, OOMPA, has announced that it will commence a monthly media parley.

This was disclosed by the association’s Chairman Mr.Jare Tiamiyu in a press release he signed and made available to newsmen in Osogbo, state capital of Osun, on Thursday.

According to Tiamiyu, the media parley with the theme ” Digging Into Politics, Governance and Dividends” is aimed at bringing public servants, stakeholders in development of Osun and aspiring political office holders to narrate what they have done for the people, what they intend doing and so. This will also avail the masses opportunity to speak with the elected Representatives and policy makers on their aspirations as people.

He added that political analysts, academia and experts from different profession will also be featured on the program.

He further explained that the monthly media parley will be streamed live on Facebook for the world to watch and contribute via same platform.

“First edition of the media parley will hold on Friday , 11th of June, 2021. Venue of the program will be communicated” he said.

The Chairman added that the guest for this first edition will be unveiled in due course. 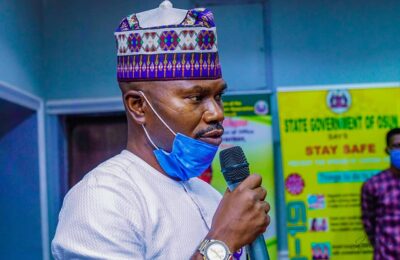 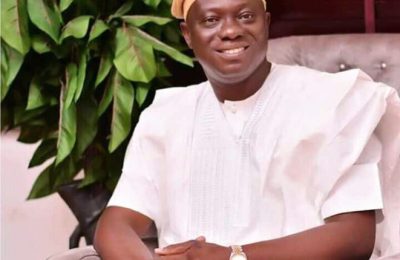