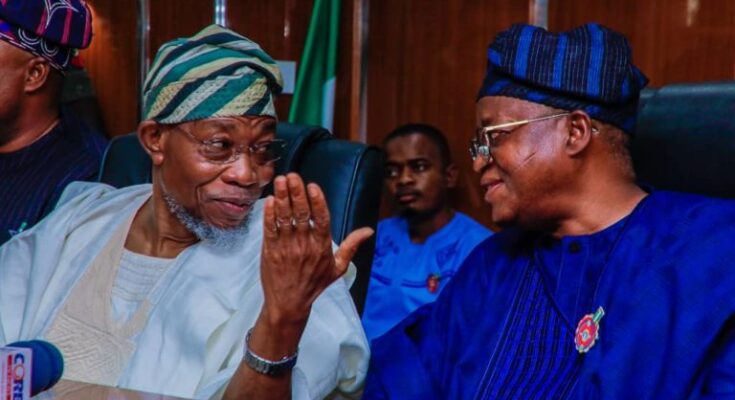 Aregbesola, Oyetola: Federal Lawmaker Reveals Who To Be Blame In APC Crisis

Member of the House of Representatives, Hon. Taiwo Oluga representing Ayedaade, Isokan and Irewole Federal Constituency has disclosed those within Osun All Progressives Congress, APC, promoting disunity within the party.

Oluga made the disclosure on Monday in Osogbo while addressing members of the Osun Online Media Practitioners’ Association, OOMPA, at their third Media Parley edition.

The female lawmaker who disassociated herself from IleriOluwa and The Osun Progressives, TOP, groups, said enemies of the party who are claiming to be fighting for Governor Gboyega Oyetola and his predecessor, Ogbeni Rauf Aregbesola are the promoters of the party crisis.

READ ALSO : Why I rejected Award Of Excellence From N-Power Beneficiaries – Lawmaker, Oluga

The lawmaker who maintained that she is only for APC cautioned both members of IleriOluwa and TOP against using social media to abuse elders of Osun APC, saying it is expected of them to demonstrate high level of virtue (Omoluabi) which the state stands for in all their conducts.

“Both Governor Gboyega Oyetola and the Minister of Interior, Ogbeni Rauf Aregbesola have never insulted one another in public ” she said.

She, however, appealed to aggrieved members of Osun APC to ensure that they give room for peace to return to the party.

“We followers should tread softly on this issue, because what I know is that our leaders will settle themselves, when the time comes.

“I can assure good people of Osun that in no distant time the misunderstanding within the party will be settled.” she said. 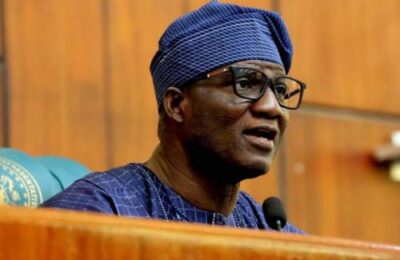