Home Entertainment I Used To Be The Loving Type But Not Anymore, Say Bukola Ikuomola 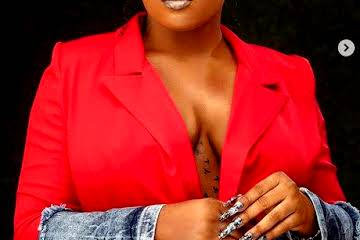 I Used To Be The Loving Type But Not Anymore, Say Bukola Ikuomola

Bukola Ikuomola a.k.a Mz Nicollet is an Ilaje woman from Ondo State who grew up in Warri, Delta State.

She has featured in the following movie, namely; Alagogo Ide, Karma, Knock Knock, Asarailu, Aseni, Imo, Oju, Anuoluwapo, Mr & Mrs Bernard, Yellow, Olawura and the Health Center Series In this one-on-one session with Potpourri she bares it all about herself and the industry.

I have had the opportunity to work with many great people such as Saidi Balogun, Jibola Dabo, Ayo Mogaji, Muyiwa Ademola and many more. I also enjoyed producing my first movie titled “Enemy Within” which has made me very proud indeed.

I like playing heroic characters who show strength and determination and give meaning to life.

I would prefer not to play a character who brings nothing meaningful to the plot. But having said that, I am a versatile actress and whatever part I play, I do it with passion.

There is more to women than sexuality. I admire women who are known for their intellect and other great achievements.

What sort of question is that? Money, of course. Why money works for me is because nobody gets hurt. I used to be the loving type who used to believe so much in love and would choose love over money. But I always ended up getting fooled and used. When I love someone I can go out of my way to make that person happy. So love doesn’t work for me . Now I go for money . And if love comes with it I grab it too. Like Davido said “when money enter love is sweeter”.

Sometimes, the work of actors and actresses is undervalued. It is very hard to break through and some people try to take advantage of you while you are still struggling. I mean taking advantage of you the other way round not sexually though.

My plan is to always be involved in acting, as a producer, a writer or an actress. There will always be a role for me. Nothing can make me quit acting. No man can make me quit what I have passion for, if a man wants me he should love me for who I am and support my career.