“In the Katsina metropolis, most of the filling stations are selling petrol between N290 and N300 per litre.” 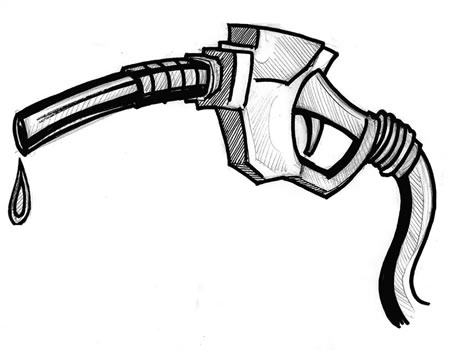 In the Katsina metropolis, most of the filling stations are selling petrol between N290 and N300 per litre.

People are used to the exorbitant price hike for the past 3 months when they start experiencing fuel scarcity.

As a result of this, many people have resorted to using commercial vehicles and motorcycles for their day-to-day running.

A commercial bus driver Malam Abdul’ziz told Tribune Online at Lolo Dakare filling station that he was forced to keep his bus because there is no profit.

“Dan Jarida (meaning) journalist convey our cries to the government that, we, poor people are suffering.”

“You see, this situation has caused hardship among vehicle owners and commercial motorists in the state, as the scarcity of fuel persisted.”

“We have family, we have no means of earning besides the transport business. And you see as a result of this, transport fares have skyrocketed, which also affects food prices.”

Tribune investigations have revealed that it’s only in 2 MEGA stations in the whole Katsina metropolis that the fuel is sold at N185 per litre.

All the other major oil market stations where the fuel is also normally sold at government-approved prices are locked.

The only places where you find petrol are the smaller stations and the owners always claim, they are buying the fuel from the major oil marketers.

We Are Celebrating Freedom, Tinubu Says In Kwara, Vows To Fight Corruption

Presidential candidate of the ruling All Progressives Congress (APC), Bola Ahmed Tinubu, on Tuesday said that his administration will continue fight to eradicate corruption if elected into power in the forthcoming general elections…

President Muhammadu Buhari has observed that some people hide under the canopy of religion to advance their economic and political agenda, and continuous education is needed so that the larger populace would not be hoodwinked…

TO convince those who have expressed strong reservations about the functionality of the Bimodal Voters Accreditation System (BVAS), the Independent National Electoral Commission (INEC) is planning to consider mock accreditation of voters ahead of general election…

2023: Only Aregbesola Can Tell Us To Join APC Presidential Campaign In Osun – Group

Muslim-Muslim Ticket: Why CAN position may not affect Christian’s voting choice

Muslim-Muslim Ticket: Why CAN position may not affect Christian's voting choice