Health agencies charged to increase surveillance against Diphtheria in Abuja

“FCT EXCO has directed that all necessary preemptive measures be taken against the emergence of the deadly childhood disease known as Diphtheria to all relevant health agencies in the territory.” 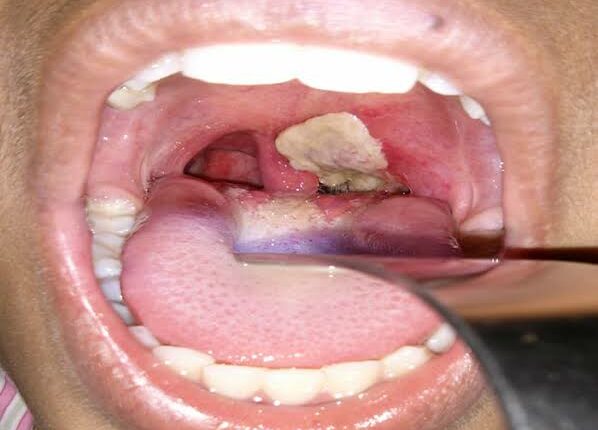 The FCT Executive Committee (FCT EXCO), has directed that all necessary preemptive measures be taken against the emergence of the deadly childhood disease known as Diphtheria to all relevant health agencies in the territory.

The Health and Human Services Secretariat of the FCT Administration is further directed to ensure increased surveillance and awareness creation and sensitization by all its relevant agencies, to curb the risk of the disease emerging and spreading within the territory.

The FCT EXCO meeting, presided over by the FCT Minister, Mallam Muhammad Musa Bello was attended by the FCT Permanent Secretary, Olusade Adesola, Chief of Staff to the FCT Minister, Mallam Muhammad Bashir Mai-Borno, Secretaries of FCT Mandate Secretariats as well as other Directors, gave the directive in its meeting held in Gwarinpa I District, Abuja.

It urged the FCT Health and Human Services Secretariat to liaise with the Area Council Services Secretariat, as well as the Chairmen of the six Area Councils in the Territory to immediately convene an emergency meeting with relevant technical Partners and work out modalities to effectively confront the disease should it rear its ugly head in the FCT.

Diphtheria is a bacterial infection caused by the organism referred to as Corynebacterium diphtheria which affects the throat, nose, and sometimes, skin of unvaccinated children and rarely adults with poor immunity. The symptoms of the disease also include fever, runny nose, sore throat, cough, red eyes, neck swelling, and difficulty in breathing.

Diphtheria spreads easily between people through direct contact with infected people, droplets from coughing or sneezing, and contact with contaminated clothing and objects, thereby underscoring the importance of hygiene and environmental sanitation in the prevention. The people most at risk are the unvaccinated and those who live in crowded areas and/or where there is poor sanitation.

To reduce the risk of contracting the disease, children are expected to get fully vaccinated with three (3) doses of the Pentavalent vaccine as recommended in the National childhood immunization schedule. The FCT immunization coverage currently stands at 83%, against the national average of 57%, though at least 95% of all children are expected to be vaccinated to assure herd immunity, thereby preventing spread.

The meeting enjoined the Health and Human Services Secretariat to galvanize the support of all stakeholders and ensure massive sensitization of all residents to further minimize the risk of contracting the ailment as cases have been reported in some states around the FCT.

The EXCO also directed the Abuja Metropolitan Management Council (AMMC) to restrict the activities of the Point of Sales (POS) operators scattered around the Federal Capital City to only commercial areas because of security concerns.

FCT EXCO observed that POS is a commercial enterprise, and, therefore, should be conducted only in the designated commercial areas, as it said aside from the security implications, the activities of POS operators also create environmental nuisances as they serve to attract other commercial activities, thereby generating uncontrolled waste.

The EXCO reemphasizes the importance that the present leadership of the FCT Administration places on the security and well-being of the residents and assures that it will take every necessary measure to protect all Nigerians and visitors residing in Abuja.

Health agencies charged to increase surveillance against diphtheria in Abuja