“The Authority shall ensure that health insurance is mandatory for every Nigerian and..” 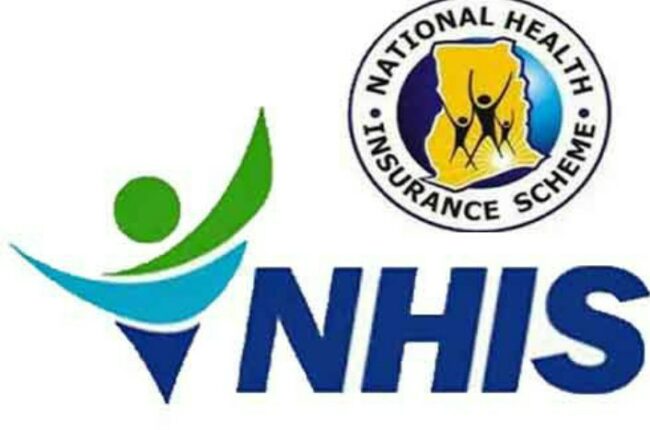 President Muhammadu Buhari signed the National Health Insurance Authority (NHIA) Bill into law on May 19, 2023, not a few industry watchers heaved a sigh of relief — An over two-decade wait had finally come to an end.

Nigerians’ yearning for basic minimum package of health care, which had become elusive, has sparked rays of light with the signing into law of the NHIA Act 2022.

In many ways, the repealed NHIS Act 2004 was the single most obstructive albatross around the neck of the attainment of Universal Health Coverage (UHC) in Nigeria. The repeal of the previous law has, therefore, opened a new vista in the nation’s quest to achieve UHC.

The agency’s previous name “scheme,” received massive kicks from its critical stakeholders as it was considered grossly defective.

The word “scheme” gave the impression that the agency was synonymous to a programme or a structure which was inadequate to fully define the mandate of the agency.

Some organisations felt the need to merge the agency with them since it was just a “scheme.” Little wonder, therefore, that previous chief executive officers jostled to amend the agency’s enabling law without success until now.

ALSO READ: 10 steps to improve your mental health in 2023

With the new law, the word “scheme” is replaced with “authority,” which bears compelling imagery of power and control in the implementation of health insurance in Nigeria. The new law sets out a triumvirate object for the agency, to wit: to promote, regulate and integrate health insurance schemes in Nigeria.

The outgone law was vague on this score, triggering the debate about whether the organisation was not acting outside the law in matters of implementation. With this law, the argument over whether it should be a regulator or implementer has been laid to rest for good.

Undoubtedly, the landscape-altering provisions remain in sections 3b and 14(1). The combined effect of these provisions holds the key to unlocking the prospects of universal health insurance in Nigeria.

Specifically, section 3b reads: “The Authority shall ensure that health insurance is mandatory for every Nigerian and legal resident.” While section 14(1) puts a clinical finality to the above provision. It says: “Subject to the provision of this Act, every person resident in Nigeria shall be required to obtain health insurance.”

By way of comparison, most European countries that have achieved the UHC have health insurance as a mandatory component of their health system is in operation.

Citizens in those climes access basic minimum health care as prescribed by law. They are, however, allowed the option of a “top up” through privately funded health insurance. The NHIA Act has now clearly established this widely accepted system.

Further to inclusivity, the Authority is empowered to establish a scheme for the coverage of employees of MDAs in the federal civil service and other relevant groups.

This is already in place. Looking back, the absence of expressly rendered provisions in this regard, in the previous law inspired controversy amongst stakeholders who took the view that the then scheme was not empowered to implement programmes, insisting its role was strictly regulatory.

Moreover, organisations that have been providing private health insurance plans are to subject such offerings under the regulation of the NHIA as dictated by section 34(2).

By extension, private health insurance plans shall cover integrated individual employers and employees of organisations in the private sector who may also want supplementary benefits.

Furthermore, the new law empowers the agency to integrate state health insurance systems for the good of all Nigerians. By this arrangement, the NHIA will co-habit and regulate state agencies, in acknowledgment of the country’s federal system.

This is guaranteed by section 3(d) (q) and 13(1) (5) of the Act. Setting sights on the indigent population, sections 25, 26, 27, 28, 29, 30 establish the Vulnerable Group Fund (VGF), outline the possible funding sources, formula for disbursement, management and investment of the fund.

The Presidential statement announcing the signing of the Act puts the figure of possible beneficiaries within this context around 83 million Nigerians. Contrary to speculations, the law does not impose a telecom tax on Nigerians as a funding source for the VGF. In sections 3(y) and 3(a), the Authority is to develop operational guidelines and review same every five years.

Similarly, the tariffs structure, which spells out terms of payment for services rendered to beneficiaries, must be reviewed no longer than every three years, to make the system responsive to inflationary trends.

The previous law had no such contemplation in not putting a timeline for reviews of these sub-regulations.

In setting up the governance in Section 4, the NHIA Act puts in place a 15-person Governing Council; whereas the previous law had eleven persons on board. Significantly, this law leaves out representatives of Health Maintenance Organisations (HMOs) and Health Care Providers (HCPs) from the council; unlike the previous legislation.

The framers of the law might have entered the conclusion of conflict of interests. Members of these bodies are key stakeholders in the industry; they, therefore, cannot regulate themselves without prejudice.

Relatedly, in Section 40, the nomenclature of the Chief Executive Officer, who is the secretary of the council, is changed from Executive Secretary to Director-General. The appointment will go through the drill of confirmation at the Red Chamber. It is significant to note that the marathon to repeal the previous law began in 1999, with several attempts falling through at critical stages.

Not surprisingly, stakeholders have observed that the CEO’s doggedness and resilience were notable factors in bringing this law to fruition.

With the passage of the NHIA Act, Prof Mohammed Sambo has put the icing on the cake of his leadership of the health insurance industry. At full implementation, the proverbial Nigerian cake will be available for all by way of affordable and quality healthcare services.