“Legal practitioners must send a clear and strong message to the public that judges are not for or against any political party or politician.” 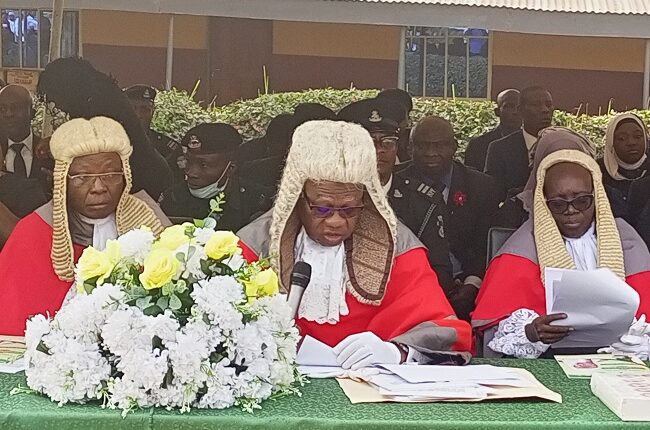 As Nigeria approaches 2023 general elections, a retiring Chief Judge of Kwara State, Justice S. Durosinlorun Kawu, has warned the nation’s judges and lawyers to remain neutral and impartial to stem tide of blanket condemnation of judiciary as corrupt.

Speaking at the special session of the High Court to mark commencement of the 2022/2023 legal year and his retirement as the Chief Judge of the state in Ilorin on Wednesday, Justice Kawu said that the legal practitioners must send a clear and strong message to the public that judges are not for or against any political party or politician.

“Let us all remind ourselves that we are once again approaching an election year when serious legal gymnastics will start to play out in our various courts and Judges will be called upon to decide delicate issues couched by Advocates in flowery legal garbs, with far reaching political consequences.

“As Judges we must stay out of the fray, remain neutral and impartial. We must send a clear and strong message to the public that Judges are not for or against any political party or politician
and that when cases are brought before us, parties must convince the court, not that they have deep pockets or contacts but that their cause is lawful and just.

“As members of the legal profession, we must prove ourselves to be men and women of honour, integrity and discipline by strictly adhering to our Code of Conduct and Rules of professional ethics. Because the administration of justice is too important to democracy and indeed to the very existence of the society, the
time has come for us now more than ever before to apply the needed disciplinary measures against erring members in our midst without any regard for social, ethnic or religious considerations. This, in my view, is the road to take in order to justify our claim as members of the Honourable and Noble Profession and stem the tide of the now common and dangerous blanket and wholesale condemnation of Judges and the Judiciary as corrupt.

“The enormity of the responsibility which the constitution and indeed the society place on Judges and Lawyers requires that we stand on a very high moral pedestal, for, according to the Roman Slave, Publius Syrus, “The greater a man is in power above others, the more he ought to excel them in virtue. “Anything short of this will erode the confidence of the people in the ability of our
judicial system to uphold the rule of law and protect lives and
properties.

“We must therefore be conscious of what verdict history will deliver on how we discharge our assigned responsibilities.

He also said that a total number of 834 civil cases were disposed of out of 2,228 civil cases brought before the high court last year.

A total number of both criminal and civil cases pending in the High Court was given as 1,533.

The retiring Chief Judge, who said that a total sum of N86,977,191:20k was generated as fines and fees from January to November 2022 by the state judiciary, added that the figure was almost triple of the amount generated in the last legal year and the highest in the history of the state judiciary.

He attributed the feat to steps taken to curb activities of touts and fraudters in the procurement and processing of affidavits, oaths and other judicial forms and the automation of the oaths registry.

Retiring Justice Kawu said that 233 members of staff of the High Court, Sharia Court of Appeal and the Judicial Service Commission were promoted in 2022 by the state judicial service commission.

Also speaking, the Attorney General of the state, Barrister Senior Ibrahim Sulyman, commended bar and bench for being partners in progress with the state government.

The attorney general also called for improved unity among members of the bar, saying that lawyers and judges should always practice what they preach.