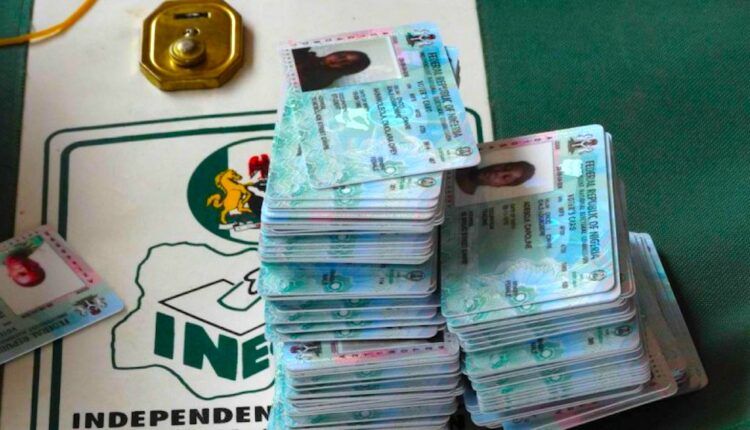 Ahead of the February 25 March 11, 2023, general election, the Independent National Electoral Commission (INEC) in Lagos state has received the last batch of permanent voter cards for the state from the national headquarters.

With 451, 156 new registrants in the Continuous Voters Registration exercise, the State Resident Electoral Commissioner, Mr Olusegun Agbaje, had announced that Lagos State has a total number of 7 million registered voters.

In a statement signed by INEC’s Administrative Secretary in Lagos, Mrs Adebisi Oladepo Ajayi, for the State Resident Electoral Commissioner, the Commission disclosed that the remaining PVCs will be available for collection at INEC Local Government Offices across the state from Wednesday, 25th January to Sunday 29th January 2023.

The Commission stressed that the collection of PVCs is free while disallowing collection by proxy.

The statement read, “The Independent National Electoral Commission in Lagos state wishes to inform the general public most especially the registered voters in Lagos state that the remaining PVCs for Lagos have been received.

The PVCs shall be available for collection at INEC Local Government Offices from Wed. 25th January to Sunday 29th of January between the hours of 9 am and 5 pm.

The Commission hereby enjoins all eligible registrants who have not collected their PVCs to please avail themselves of the opportunity to do so before the January 29 deadline.

Collection of PVC is free while collection by proxy is  not allowed.”

Kano Rally Proves Tinubu Has Nothing To Offer — Atiku

The inability of the presidential candidate of the All Progressives Congress (APC) to deliver an inspiring speech to the crowd of supporters that had gathered to hear him speak during Wednesday’s rally in Kano shows that he has got nothing to offer.

NOTABLE organisations and financial experts on Thursday expressed shock over the revelation by the Director-General, Debt Management Office (DMO), Ms Patience Oniha, that Nigeria’s debt might rise to N77 trillion at the expiration of the tenure of President Muhammadu Buhari in May…

BRITAIN’S Prince Harry has, in a much-awaited memoir which went on sales days early in Spain on Thursday, said his older brother and heir to the throne, Prince William, knocked him to the floor during a 2019 argument over his American wife, Meghan…

THE Nigeria Financial Intelligence Unit (NFIU) has prohibited cash withdrawals from accounts belonging to the federal, state and local governments, as well as Ministries, Departments and Agencies (MDAs)…

IN his Christmas message last month, President Muhammadu Buhari pleaded with Nigerians of voting age to be wary of candidates who could not move Nigeria forward. Noting that the joyous season of the birth of Jesus Christ coincided with the period of campaigns that would usher in a new administration in the country…

APC has divided Nigeria in all aspects ― Atiku

APC has divided Nigeria in all aspects ― Atiku