It was gathered that Agunbiade, Commissioner for Land and Physical Planning residence was attacked during Saturday governorship election while many properties were destroy with cars, building and among others during the attack. 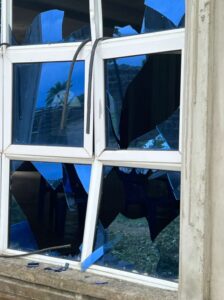 THESOURCE gathered that the thugs armed with dangerous weapons stormed Honourable Nathaniel Agunbiade, who was a member of the House of Representatives between 2015 and 2018. 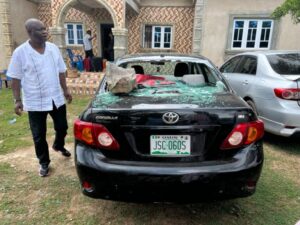 During the attacks, some members of the APC, including Niyi Ayeni, Muyideen Fatai and others were injured and are now receiving treatment at Lautech Hospital Osogbo.

An eyewitness said “They started shooting sporadically with the intent of killing Honourable Nathaniel Agunbiade and threatened other APC members, and vowed to kill anyone who opposed PDP and Senator Adeleke,”