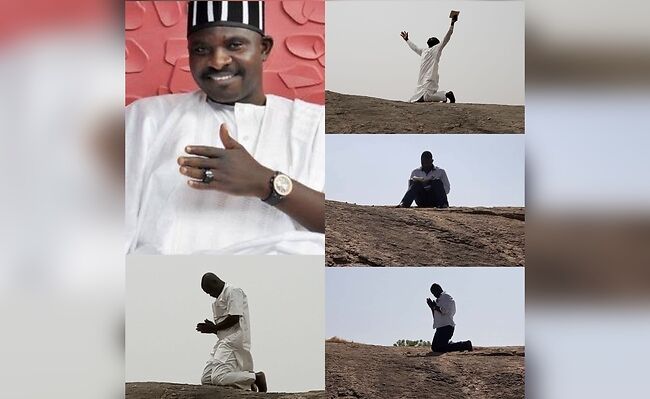 As political campaign for the February 25 Presidential election gathers momentum, the Director, Youth Mobilisation of the All Progressives Congress (APC) Presidential Campaign Council (PCC), Hon. Mike Msuaan has embarked on a 7 days fasting and intense prayers for the success of the party’s presidential candidate, Asiwaju Bola Tinubu and his running mate, Senator Kashim Shettima.

Speaking to journalists after returning from the prayer session on Mountain of Mercy, Ori-Oke, Ibadan, Hon. Msuaan said he embarked on the spiritual journey to seek God’s intervention for a visionary leader who will transform the country.

He stated that nothing is left than to commit everything into God’s hands as the February 25 polls is barely 52 days away.

According to him “I have decided to go spiritual with 7 days of dry fasting and prophetic prayers to call on God to intervene and give us a leader of our dreams and a visionary who will transform our country.

There is nothing God can not do. As I ascend and descend this holy mountains to pray, I believe God will hear my prayers and the prayers of men of goodwill all over the country and give us a leader like David after his own heart”.

The Director, equally enjoined all Nigerians regardless of Party affiliation to join him in prayers and vote for Senator Ahmed Bola Tinubu at the polls for a resounding victory.

Hon. Mike Msuaan then pointed out that the gains of the present APC administration must be sustained by electing someone who has the capacity and ability to continue from where President Buhari stops.

We’ve fulfilled our promise not to owe salaries ― Akeredolu