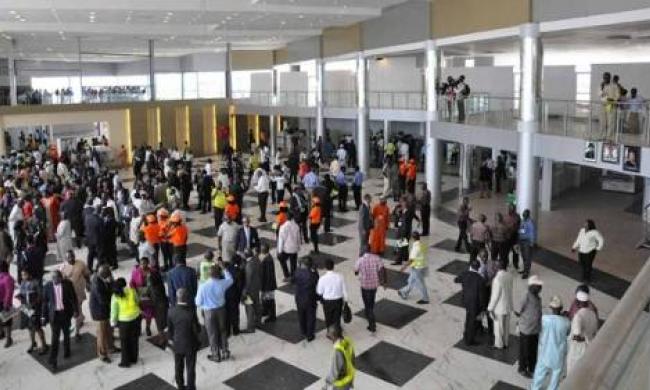 The Chairman, House of Representatives Committee on Aviation, Hon. Nnolim Nnaji has called for restraints over the ongoing industrial dispute between the Nigerian Aviation Handling Company (NAHCO) and its workers.

Hon. Nnaji who gave the charge in a statement made available to Nigerian Tribune also urged the management of the ground Handling company to immediately enter into dialogue with the leadership of the union to avert further disruption of flight operations across the country.

He equally appealed to the union to douse its agitation and show concern for the pains the action would bring on innocent Nigerian travellers both locally and internationally.

Hon. Nnaji who represents Nkanu East/West Federal Constituency in the House of Representatives reminded the workers that their downing tools at this time the elections were already closed could cause severe consequences to campaigns and movements of sensitive materials by the Independent National Electoral Commission, (INEC).

The workers’ strike which commenced early morning today over welfare issues was said to have already started taking its toll on the industry as heavy flight delays were already set in both local and international.

Nigerian medics not comfortable with our roles in health sector —FCCPC