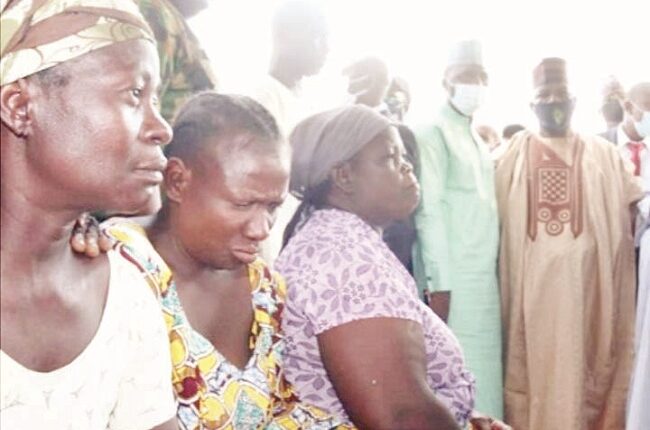 The recent communal clash between Waja and Lunguda communities of Gombe and Adamawa states has reawakened bad blood over boundary adjustment. The Northern Bureau Chief, MUHAMMAD SABIU, examines the remote causes of the recent crisis that led to loss of lives and properties.

The Waja and Lunguda communities were once under  the same province before political arrangement separated them.

Findings revealed that since the arrangement, peace had eluded the two communities. After the boundary adjustment, the Wajas found themselves in Gombe state, while the Lunguda were in Adamawa state.

This arrangement, according to Mathias Bulus, a Lunguda, could be said to be the real cause of the past as well as the present violence involving the two communities in recent years. 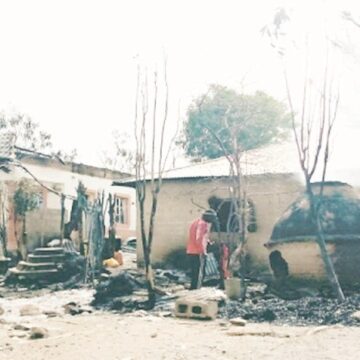 Going down memory lane, Bulus said for several decades, the two communities lived in harmony, with members of both communities even coming together in marriage. He said the inter-marriage brought ‘temporary’ peace in the communities. Apart from that, Bulus also said youths from both communities sometimes organised football competitions and other social engagements and there was relative peace.

Despite the relative peace enjoyed by both communities, findings by the Nigerian Tribune revealed that boundary adjustment led to conflict.

Both the Wajas and Lungudas laid claim to a large piece of farmland. According to Bulus, “the land in question, if you go there, you will know the place belongs to the people of Lunguda.

However, this view  was dismissed by an elder of the Waja community, who lives in Kaduna. The elder, who pleaded for anonymity, said the problem with the adjustment of the boundary is that those who did the boudary adjustment left a big darmacation and both communities believed that they owned it.

Amid the tussle over the boundary adjustment, the past six years between both communities have been fraught with conflict.

“Sometimes, we will not even know what is responsible as we will start seeing fire on houses or important places and before you say ‘Jack’, you will see houses being destroyed,” a youth of the community said.

Also, a resident who was caught in the violence said he could not understand how the recent violence erupted as he just saw people running in different directions for safety.

According to him, in the wake of the confusion, he saw shops and houses in flames.

Also collaborating the above narrative, Ahmadu Saleh, a resident, disclosed that recent crisis erupted between the two communities between the hours of 6pm and 7pm when some hoodlums set many houses and shops ablaze.

Shedding more light on the violence, the police image maker,  SP Suleiman Nguroje, said normalcy had returned to the troubled area and investigation into the remote causes of the recent hostilities has commenced in earnest.

He noted that hostilities between the two tribes has a long history despite the  efforts by authorities to bring an end to it.

The intermittent crisis in the past six years, it was gathered, had claim over 100 lives, with huge economic losses as both communities have lost farms, houses, and properties running into millions of Naira.

“We have lost quite a fortune as a result of the persistent violence in our communities. Infact, we can not quantify the losses in both physical and monetary terms,” Bulus said.

Piqued by the frequent crisis, over the years, both the state government of Gombe and Adamawa states have been meeting with the warring communities in order to have peace.

The most recent, it was gathered, was in 2022 when a peace deal was reached and it was resolved that a judicial committee of inquiry be set up with the representatives of the both parties in order to find out the remote causes.

Findings gathered that just when the committee was to start work, crisis erupted, evoking concerns that the peace deal could be jeopardised if urged steps are not taken to restore normalcy.

While this effort is going on, some pundits have argued that unless the federal government builds an institution to serve the two communities, it would be difficult to bring peace in the communities for now.

Obasanjo: The burden of a ‘busybody’

What we need is restructuring, not another endorsement

What we need is restructuring, not another endorsement