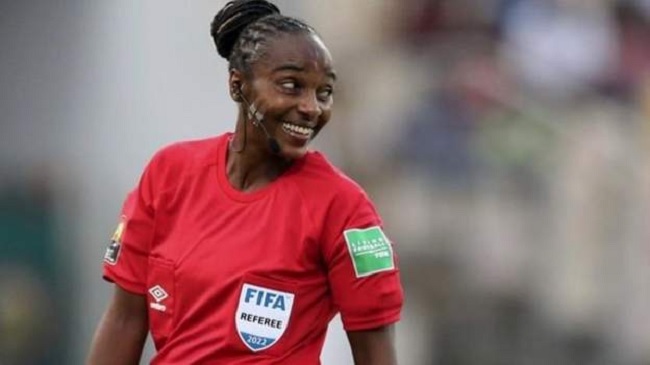 One of the first female referees ever to serve at a men’s World Cup has been insulted and physically threatened during a match in her home country, where some fans called her a “prostitute”. (BBC)

Salima Mukansanga officiated a 0–0 draw on Saturday between Kiyovu Sport and Gasogi United, but “game reports show that she was insulted”, a Rwanda Football Federation (RFF) spokesman told the BBC

Rwanda’s football body is now investigating harassment and attempted assault by fans in the local male’s league against her, and it says measures will be taken by the disciplinary committee after the investigation.

People who attended the game told the BBC that a group of Kiyovu Sports fans repeatedly chanted, calling Ms Mukansanga “a prostitute”. After the game security staff had to intervene to prevent some of them from physically attacking her,” Jules Karangwa of the RFF says.

In an open letter, Kiyovu Sports fans President Hemedi Minani condemned the “harassment and insults” against Mrs Mukansanga and apologised to her.

Last year in Qatar, Ms Mukasanga was part of the first team of three female referees to ever officiate a male world cup. Months earlier she had also become the first female to officiate the men’s Africa Cup of Nations.