People can say whatever they like, but Portable is a genius —Humblesmith 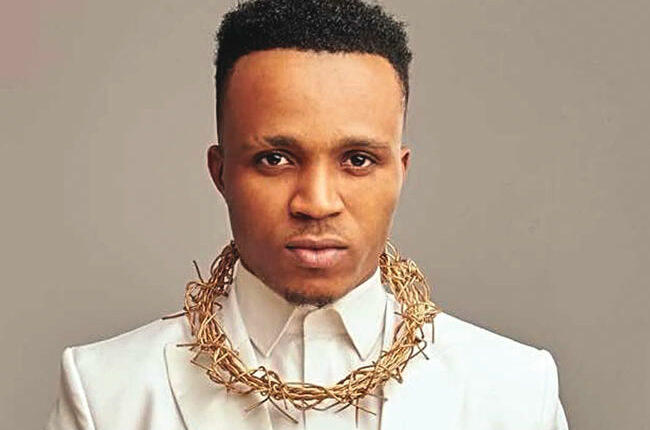 Ekenedirichukwu Ijemba, better known by his stage name, Humblesmith is a Nigerian afropop recording artiste. Humblesmith believes the music industry is yet to see the best of him despite dropping hit songs that took his career to new heights. He speaks with Segun Adebayo about his music career and what his fans should expect from him this year. Excerpts:

Not much has been heard from you but you have actually been making songs. What has been going on with Humblesmith?

I am glad you mentioned that I have been making songs, so that should tell you that my music career has been doing great. You know some people believe that when they don›t see you jumping on and off the stage, it means you are not doing well. Well, I am here to tell you that my career has been on a steady rise and I am happy with how far I have come.

But it is true that you have to be on those stages to let people feel the impact of your music. Don’t you see it like that?

I didn’t just get into the industry yesterday. Some of us understand what it means to enjoy the peace that comes with what you have and where you are. I have been performing at shows back to back but you will not know because it is not necessary to put it out there. If people do, it’s fine. But I think people know what they can get from me when I handle the microphone. No need to make it look real. It is actually real.

But what you went silent and it got many people worried, or what do think?

I said this before to address this matter of silence. I didn’t go silent but I went on a journey with God to show me things I need to learn and understand about my life and music. In life, you never really know what you are up to until you make certain changes to your life and begin to see what you have been missing. God took me on a journey that revealed a lot that I will be sharing with my fans very soon.

Do you think you can catch up with the pace things are moving now in the industry?

What’s there to catch up with? See, music listeners are no fools. They know who can give them what they want. It may sound funny but my game is my game and it can only keep getting better. I know the grace I carry and the fire in me. Listen to my new songs and understand why the break was necessary and why I am still being talked about today.

Why does it seem like Osinachi was your last hit song?

Osinachi was a wave that swept through the industry at that time, after which we were able to redefine the game. That doesn’t mean there have not been other super songs. You must have been sleeping on some of the super songs out there that have my imprint.

What exactly has been happening to your music career?

A lot of greatness. I dropped two songs between September and December: Ogaba and Born Champion. These two songs have blessed my life in so many ways. Ogaba is a product of honour and realness, we recorded the song  in Ghana, the  session was fire and snappy,  the energy was real. I featured Portable in the song and the recording wasn’t even up to 30 minutes, but the guy is gifted. I cannot lie. I love his vocal power and braveness. Portable is living his dream, don’t judge him.

Why the choice of Portable; what’s the connection?

It was just what we wanted and it happened. He brought his game to the song and if you have heard the song, you would understand what I am saying. People can say all sorts of things about the young man but he is one of the most talented around. I am proud of what we shared.

Tell us about Born Champion and the inspiration behind it?

It was one of those down moment kind of day and I decided to enjoy myself than to sober. So, I stepped out and it was my first time at DJ OBI’s house, thanks to my brother, Leon.  I had the best moment, I was inspired and right there, I composed the beautiful song. The recording session was fun with MixtaDimz and thereafter the song became my motivation as a youth my ambition is too big to settle for less. Like my mum always say, “to win is to never quit”  so as a born champion that I am, my message to  the world is “Ekwekwana” never you lose the vision of the true you.

What are your plans for the New Year?

I have been working on my album and a couple of collaborations. People should just watch out. I am giving my fans a new music experience this year.

The atmosphere in the music industry is always charged. How are you coping with the pressure?

You are talking to a man who has been there and still there musically. I don’t understand the pressure you talked about. The atmosphere is always charged up but one thing is certain, I am the best in what I do. Everybody knows who Humblesmith is and what he is capable of doing and has been doing. The sky is so big for everybody to fly without having to run into anybody. The truth is that the market is wide and you can’t even serve the audience at once.

Be civil in your utterances while canvassing

Recovered herds of cattle handed over to Alkaleri